The Puma Te-Ku is BACK!

Classic PUMA doesn’t get much better than the re-release of the Te-Ku straight from the sportswear archives.

Originally released back in the late 70’s, 1978 to be exact, the PUMA Te-Ku makes its comeback with a very exclusive UK release. Back in an era when PUMA were really making a name for themselves on the courts, silhouettes like the Clyde from 1973 had started a growing demand for the German sportswear label. The Te-Ku followed on with the growing success of earlier court styles with a Made in Yugoslavia and Made in West Germany version. Scour any PUMA collectors blogs or websites these days and it becomes clear pretty soon that any styles connected with the ‘Made in Yugoslavia’ production are highly collectable. Production was only really switched to Yugoslavia for better labour costs when PUMA opened their production factory in 1973. Silhouettes like the Te-Ku have been incredibly hard to come by since its original release with collectors eagerly waiting for its revival from Helmut Fischer’s PUMA archive in Herzogenaurauch, Germany. 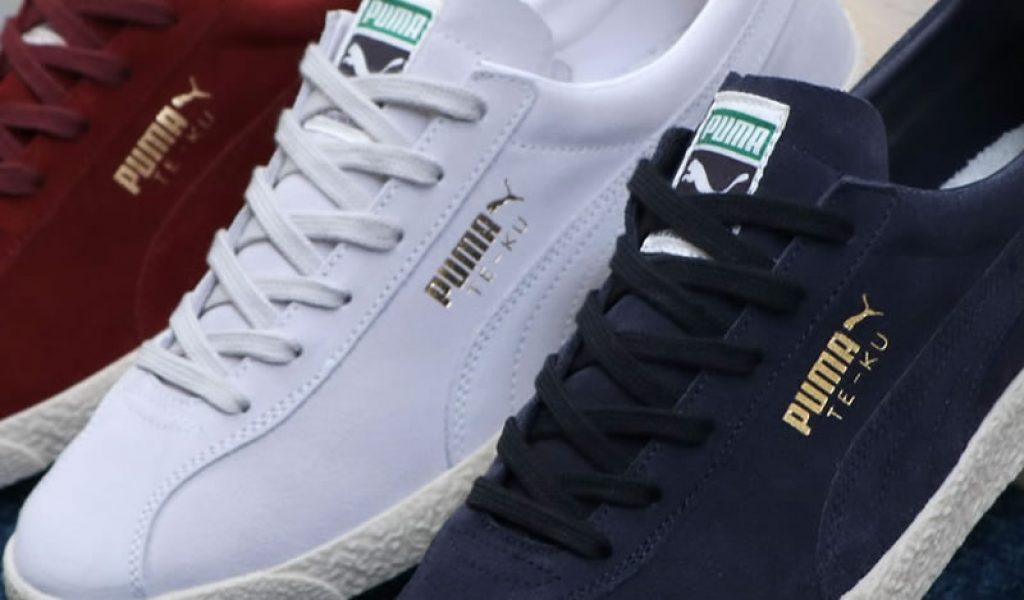 For 2017 all PUMA lovers and collectors will be excited to hear the Te-Ku is back in its true OG format. The limited release features the original style and white colourway from 78′. The original toe-bump has been replaced with an updated sole unit with the uppers maintaining their original suede material and the PUMA gold branding to the sides. As well as the original white colourway the trainer also drops in burgundy and navy.